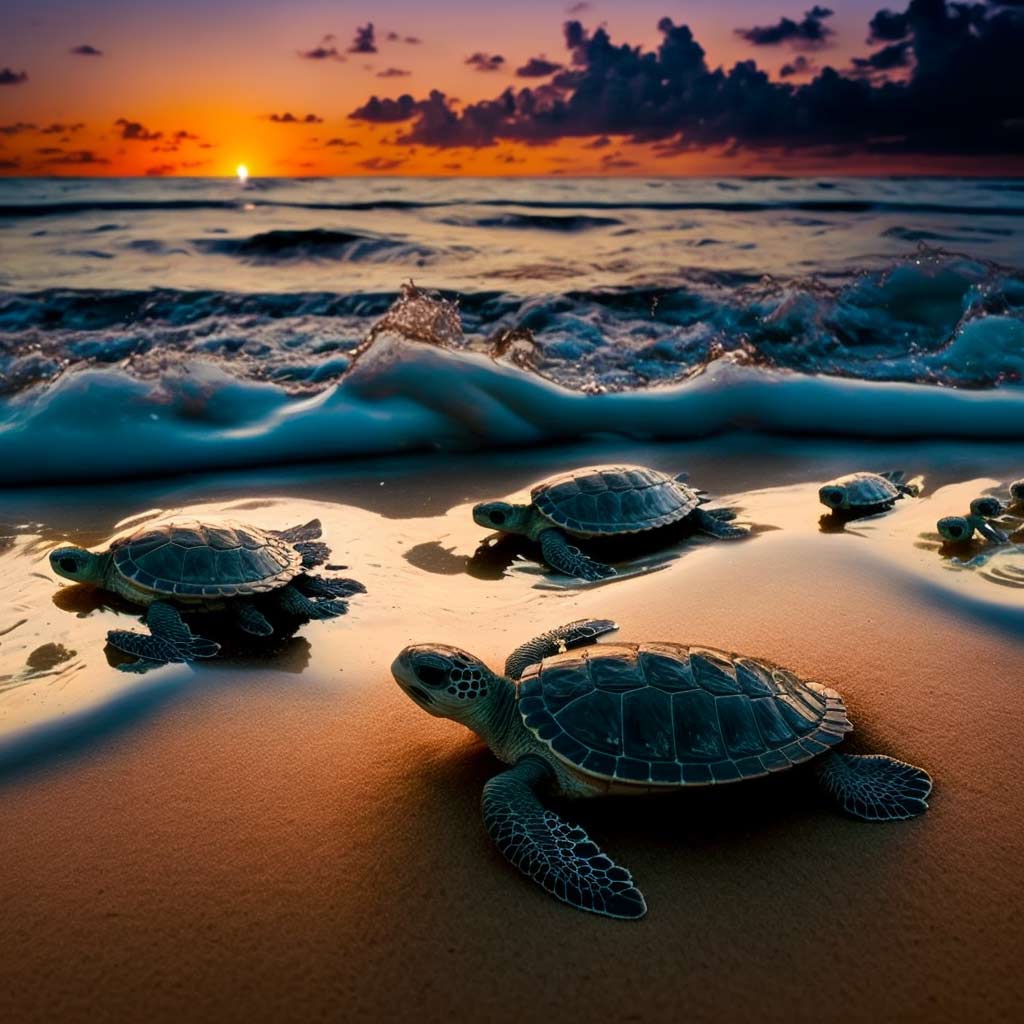 Sea turtles have a number of predators throughout their life cycle. Some of these include:

Once sea turtles reach the juvenile stage, they face new predators in the ocean. Sharks, such as tiger sharks and bull sharks, are known to prey on juvenile sea turtles. Additionally, larger fish such as barracudas and groupers may also target young sea turtles.

As sea turtles reach adulthood, they become less vulnerable to predators due to their size and strength. However, they are still at risk from certain species. Adult sea turtles are sometimes preyed upon by crocodiles and alligators in estuaries and coastal areas.

Humans also pose a significant threat to sea turtles throughout their life cycle. Sea turtle eggs are often harvested for consumption and adults are caught for their meat and shells. Habitat destruction and pollution also make it harder for sea turtles to survive and reproduce, and the entanglement of sea turtles in fishing gear is a common problem.

Sea turtles are also vulnerable to the impacts of climate change. Rising sea levels and more intense storms can damage sea turtle nesting beaches, while warmer ocean temperatures can disrupt the sex ratio of hatchlings and make it harder for sea turtles to find food.

Overall, sea turtles face a range of predators throughout their life cycle, including both natural and human-induced threats. These threats must be addressed in order to ensure the survival of sea turtle populations.