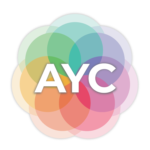 Dolphins and You is the original tour of And You Creations.

And You Creations started with owner Richard Holland and a big dream: to share the life-changing experience of swimming with wild dolphins with Hawaii’s visitors. Using all of the money he had, he purchased three kayaks and started paddling guests out from the beach.

What started as three kayaks became 10 kayaks, and then 12. Before long, Richard had employed half of the Makaha Canoe Club to paddle out guests. The experience eventually became Hawaii’s first state-permitted wild dolphin swim tour.

Through the 30 years of operation that followed, the tour evolved into Hawaii’s best dolphin tour! Richard made the promotion of Hawaiian culture and sustainability a focus on his tour. Dolphins and You has since expanded into ‘And You Creations’, a multi-operational tour company that also offers hiking tours, circle-island tours and more.

CEO Richard Holland shares his vision for And You Creations.

Richard Holland was born in Pennsylvania on September 29, 1959. Out of a desire to see the world, he joined the US Navy. He had an episode of déjà vu while stationed in Japan, feeling a deep connection to the country.

Afterward, with his credentials as a top-class flight mechanic, he had the opportunity to work at NASA. Instead, he married a Japanese woman and moved to Japan. Following an accident, he came close to being fully paralyzed, but had a miraculous recovery. After living in Japan for 20 years, he was led to Hawaii by his infant daughter Ariya, who passed away from vaccine-related causes.

By a twist of fate, he ended up taking over a wild dolphin swim experience, “Dolphins and You” and turned it into Oahu’s premiere dolphin swim and nature tour company.  He overcame a series of obstacles to bring the company from zero to hosting over 40,000 guests a year.

Now, the company offers 7 different services under the name “And You Creations.” In recent years, Ariya I and II luxury touring vessels, and a family-run staff of 45, have led Dolphins and You to winning the prestigious 111Hawaii Awards for the best optional tour in Hawaii.

Traveling back and forth between Japan and Hawaii, he now hosts seminars on developing sustainable, earth-enriching habits for finding happiness based on what he’s learned from his life in Hawaii.

The original tour of And You Creations. Swim with wild dolphins in the Pacific Ocean!
Book Now
Check out our other tours!

Enjoy traditional Hawaiian foods while circling Oahu and taking in its most famous sights!
Learn More